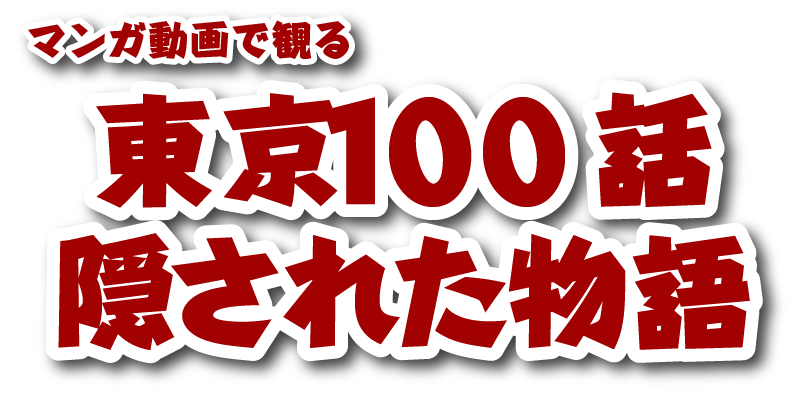 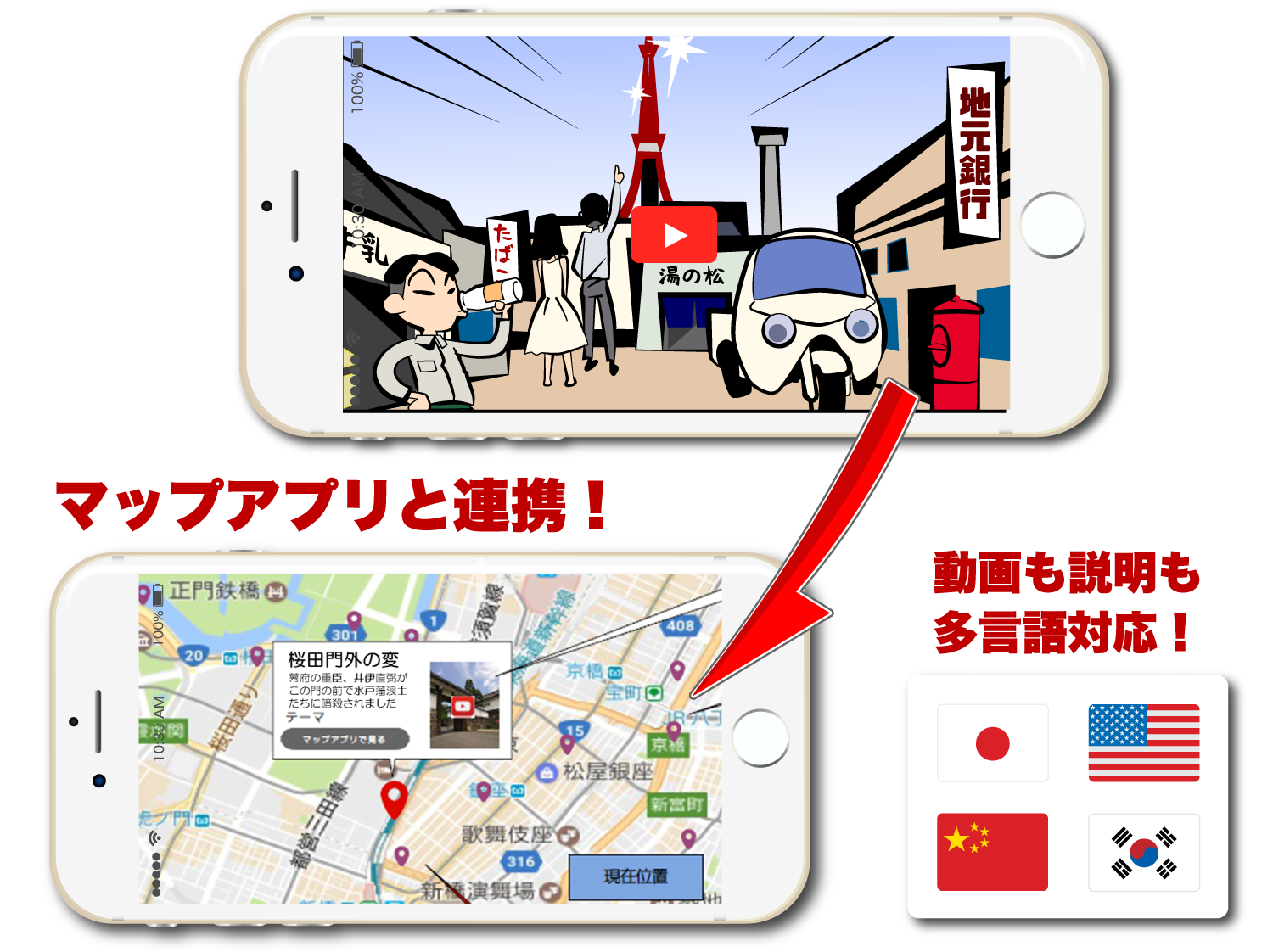 Introducing heart-moving stories about Tokyo
you can’t find in tourist travel guides in
multiple languages and through videos!

Tokyo, a city full of skyscrapers and running in the frontlines of the times.
Amazing food, the latest fashion trends...the list of things to enjoy is endless, but did you know that there are so many historical secrets and heart-warming stories hidden in the city that you can’t find in typical tourist travel guides?

We’ve dug up these hidden gems and bring them back to life with the help of koudanshi, rakugo actors, and experienced voice actors to narrate the stories for us.
Through the short videos made from delightful illustrations, we welcome you to enjoy these “Tokyo Stories” as you get to know the city!

The remains of the Edo Castle at the Imperial Palace

A Surprising Relationship Between Ryoma Sakamoto and Nikolai-do

The app links with Google Maps, allowing users to easily and comfortably find their way around on a familiar map. 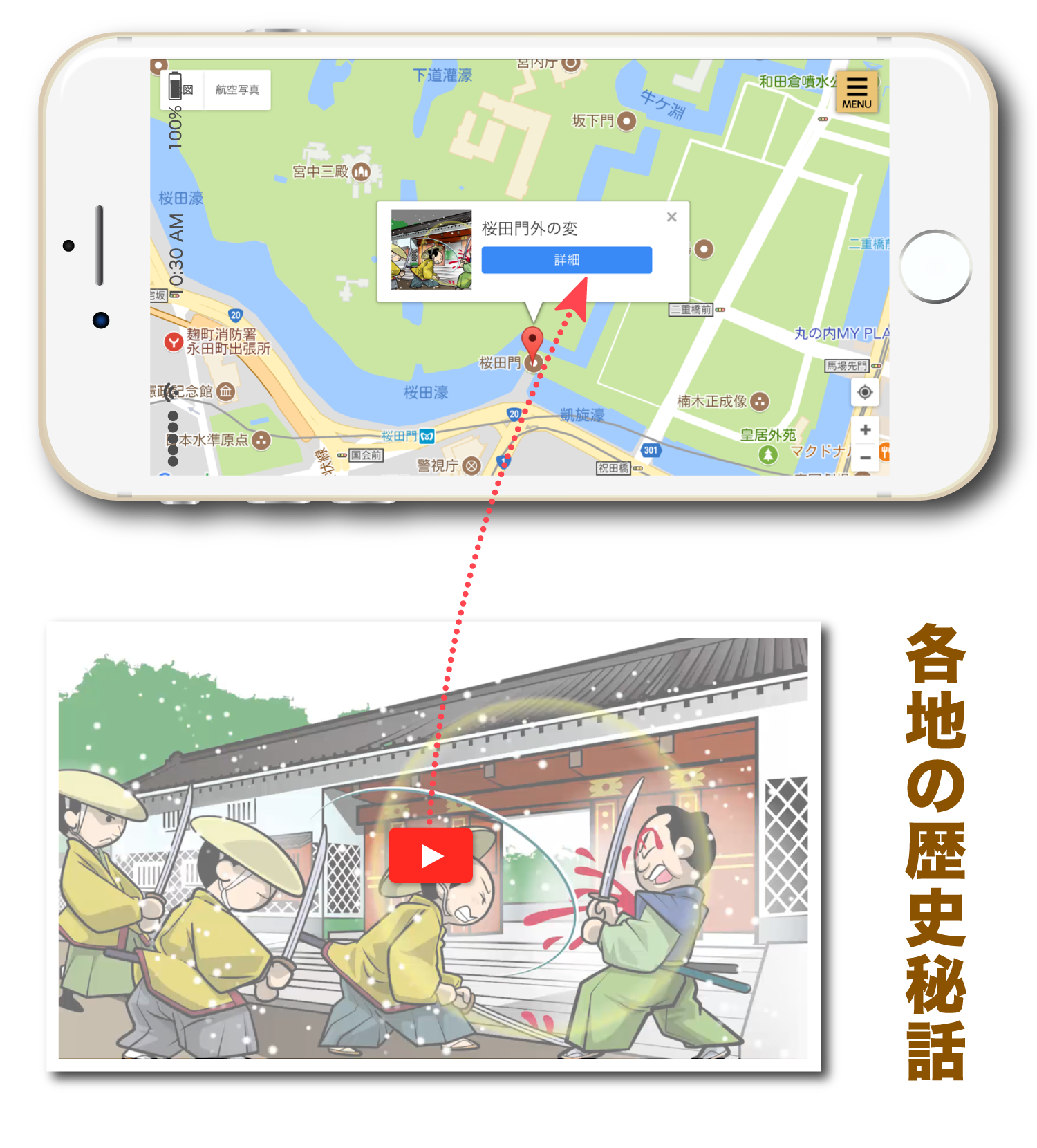 Ready to use, with an intuitive interface!

Once the user enters the menu page, they will discover that it is easy to navigate upon first glance.
The app is designed to be used intuitively.
If you select the “recommended route” icon, a page displaying all the routes, each with illustrations, depicting each will appear. If you select “search on map,” the nearby tourist spots will be displayed. 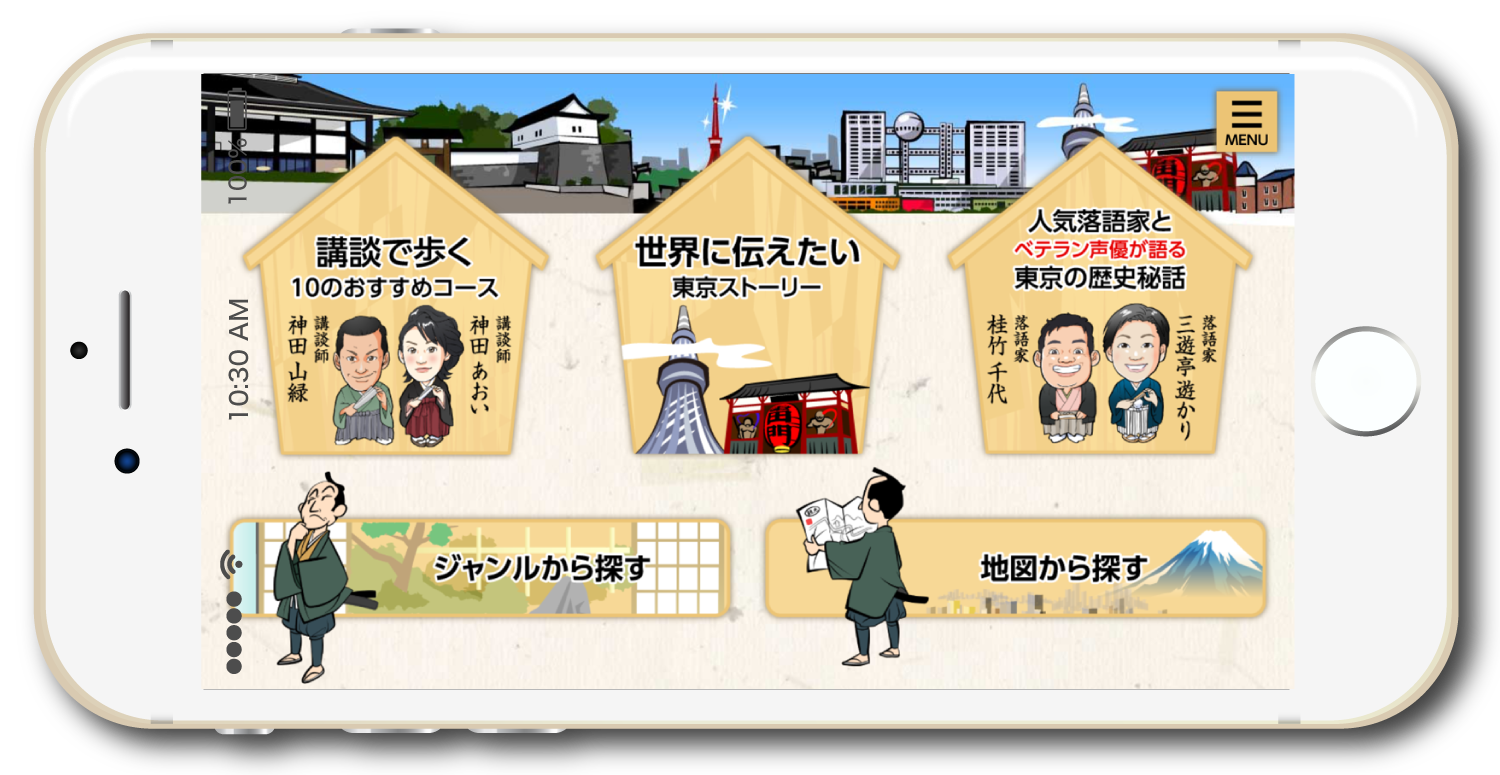 It has become a very popular activity to walk around and discover historical sites in Tokyo. There are so many exciting hidden stories about the history of Tokyo. We have selected 10 routes that introduce such histories all around Tokyo.

Getting an idea of the route at first glance 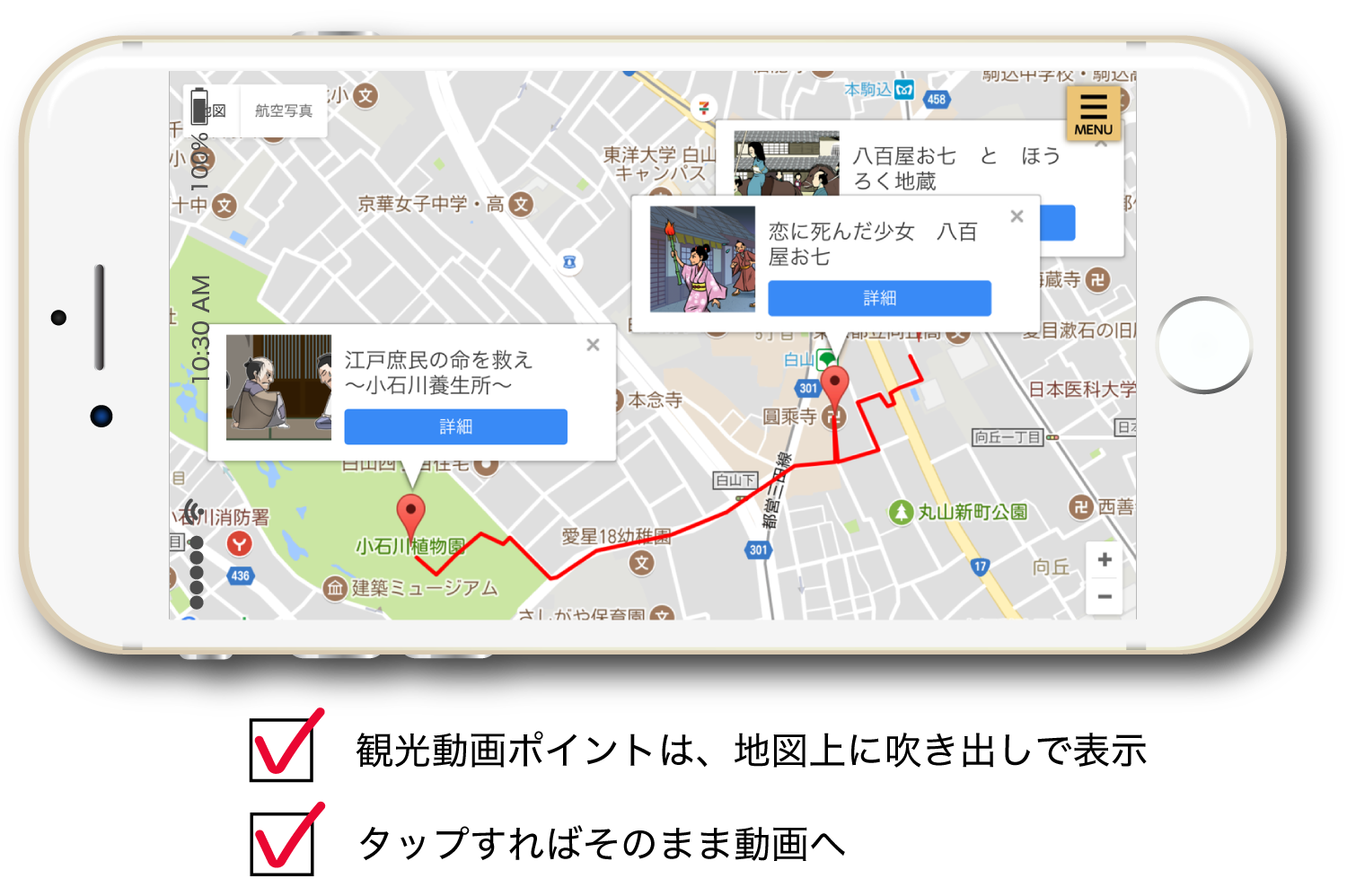 From Here to the World:Tokyo 30 Stories

A featured selection of 30 stories from the 100 available.
These stories all represent the essence of Tokyo. Stories of vengeance, tragic love, humor that sometimes bring tears to the eyes, are scattered around like hidden gems.
These are stories of Tokyo that we hope to share not only with Japanese people, but with all the visitors from around the world!

Tools for Professionals and Tour Guides

In the coming years looking toward the 2020 Tokyo Olympics, there will be a flood of tourists visiting Tokyo from all over the world!
We have compiled the hidden stories about Tokyo that do not appear in typical travel guides,
but which nonetheless represent the beauty and charm of the city, into an video app that accommodates four languages! 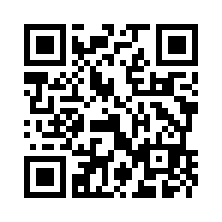 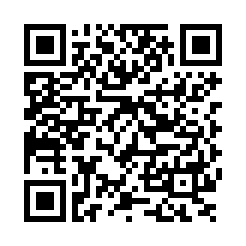